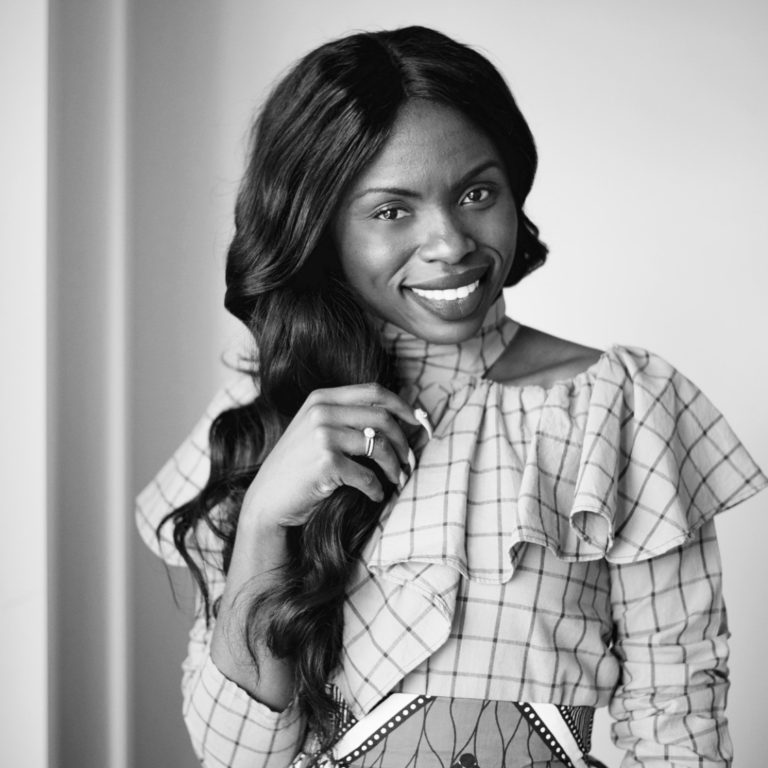 I am a believer in the reality of dreams

Catherine Addai is an award-winning designer and the creative mind behind Kaela Kay.  You’ve seen her designs worn by celebrities, including Ava DuVernay.  And if you were watching the recent royal wedding, one of her dresses made an appearance there too!

Catherine describes herself as ‘bold, fearless and fierce!’, and her personal style as ‘modern, demure, sexy’.  But it wasn’t that long ago that Catherine was working a ‘regular day job’ in the health sector.  It was out of frustration that she made her first dress – her seamstress hadn’t made a dress she wanted to wear to an event.  Her mother gave her a sewing machine and encouraged her to start making her own clothes.

Her first piece took her more than a month to make, but she knew she was on to something when people started asking about her designs.

Kaela Kay, which was named after Catherine and her oldest daughter Mikaela, was launched in 2012. The brand stands out with its bold prints and Catherine’s fearlessness in mixing prints and colours. One year after its launch, CNN named Catherine one of ‘Africa’s Hottest New Fashion Designers’.

Over time, and encouraged by the incredible response to her collections, Catherine gave up the security of her ‘day job’, and threw herself fully into being the Creative Director for Kaela Kay.  And as the saying goes, she hasn’t looked back since.

While the brand is currently based in Toronto, Catherine is looking to expand operations.  She’s also looking for ways to work with women in her native Ghana, as well as across the African continent, to help provide them with economic empowerment.

In addition to the Kaela Kay website, you can find Kaela Kay at the following stores: