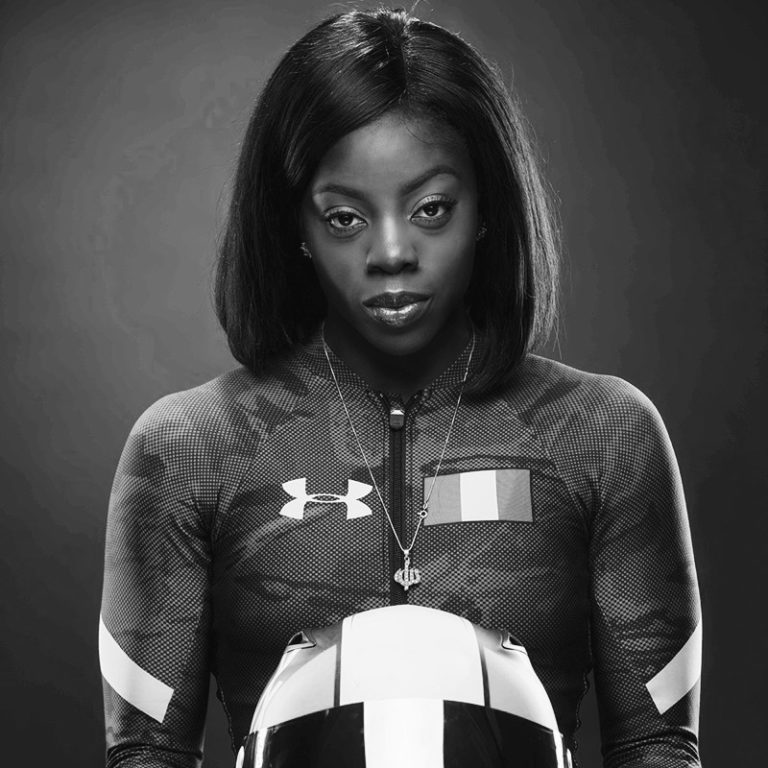 There is no limit to what you’re capable of doing, other than just you limiting yourself!

She’s an Olympic athlete, who is the former 100m hurdles Nigerian and African Champion.  She’s also now an Olympic record holder!  Seun Adigun is the first African to ever compete at both summer and winter Olympic Games.

Seun and her team mates Akuoma Omeoga and Ngozi Onwumere made history at the 2018 winter Olympics in Korea as the first team to ever represent Nigeria at a winter Olympics. This was despite the team having been formed less than two years earlier.

But before she was bobsledder, she was a 100m Olympic hurdler, who competed at the 2012 Olympic Games in London.  Leading up to the Olympics, Seun was in what she describes as the best shape of her life.  But she developed a stress fracture in her leg shortly before the Olympic games. Doctors advised her against competing, fearing that her leg would break.

But Seun wasn’t willing to let her many years of training go to waste, and she competed against her doctor’s advice.  But sheer will wasn’t enough – the games ended with her most disappointing competitive performance ever.

It was while Seun was recovering from her injury and thinking about what to do next that she tried bobsledding for the first time.

And while she’s most known for her athletic pursuits, Seun recently completed her Doctorate of Chiropractic (all while training for the Olympics!), and she’s planning on opening an injury prevention and rehabilitation clinic.