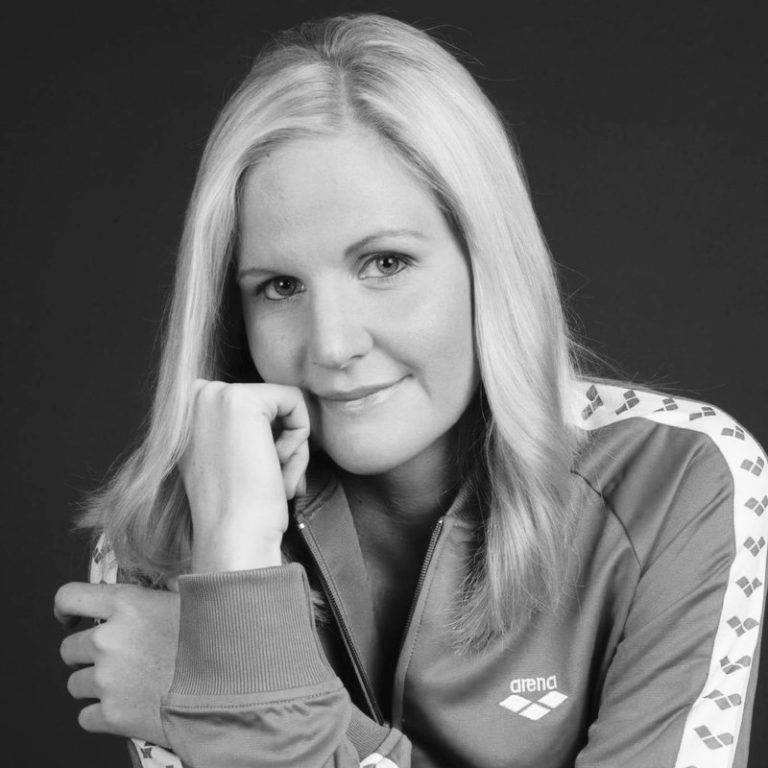 You have to be your own cheerleader. Success to you is not necessarily success to other people.

When Kirsty Coventry was just 9 years old, she told her parents she was going to be an Olympic swimmer, and win a gold medal.

Kirsty is now arguably the greatest athlete to ever come out of Africa.  She is a 5-time Olympian and 7-time Olympic medallist, having won 2 gold medals, 4 silver medals, and a bronze medal.  She tied with Krisztina Egerszegi for the female with the most individual swimming Olympic medals.  Kirsty has also been World Champion, Commonwealth Games Champion, and All Africa Games Champion multiple times.  She has also held 5 world records throughout her career.

“You have to be your own cheerleader. Success to you is not necessarily success to other people.” – Kirsty Coventry

In 2000 at 16 years old, Kirsty qualified for her first Olympics in Sydney.  Despite the overwhelming experience, this made her realize that her dream of winning Olympic gold was achievable.

2004 saw Kirsty qualify for her second Olympics in Athens.  Kirsty describes this as one of her best Olympic experiences.  The 20-year old Kirsty won gold, silver and bronze medals at that Olympics

At the 2008 Olympics in Beijing, Kirsty won one gold and three silver medals.  Initially, she felt disappointed with the three silver medals – her goal had been to win gold in all her events.  But Kim Bracken – Kirsty’s coach since 2000, made her realize that winning silver on a world stage is a phenomenal achievement.

In 2012, Kirsty dislocated her knee 4 months before the London Olympics.  Then two months before the Olympic games, she contracted pneumonia.  Undeterred, and to the surprise of many of her competitors, she showed up for the Olympic games.  She made it to the finals for all her events and finished 6th in the 200m Backstroke and 200m Individual Medley, and 12th in the 100m Backstroke.

Depleted after the 2012 games, Kirsty took a two-year break from the competitive swimming.  The break gave her time to do some soul searching to decide if she wanted to go back to competitive swimming and whether at 32 years old, she still wanted to do the hard work required to compete in her fifth Olympiad.

Ultimately, Kirsty didn’t want her career to end with a competition where she had not been able to compete at her best.  She decided to make the Rio Olympics her fifth and final Olympic games.  Despite giving one of her best performances, she finished sixth in her signature race – the 200m backstroke.   But Kirsty says she was happy that her final race as a professional swimmer was competing with the best in the world at her best.

On September 16th, 2016 on her 33rd birthday, Kirsty tearfully announced she was retiring from competitive swimming after an almost 20-year career as a professional swimmer.

Since then, Kirsty has focused her energy into her work as an International Olympic Committee (IOC) Executive Board member. She also started the Kirsty Coventry Academy, which teaches young children swimming and water safety.  Through her Academy, Kirsty has also started the HEROES program, which is working to empower children through sport.

And at the beginning of September 2018, Kirsty was appointed to be Zimbabwe’s Minister of Youth, Sports, Art, and Recreation.