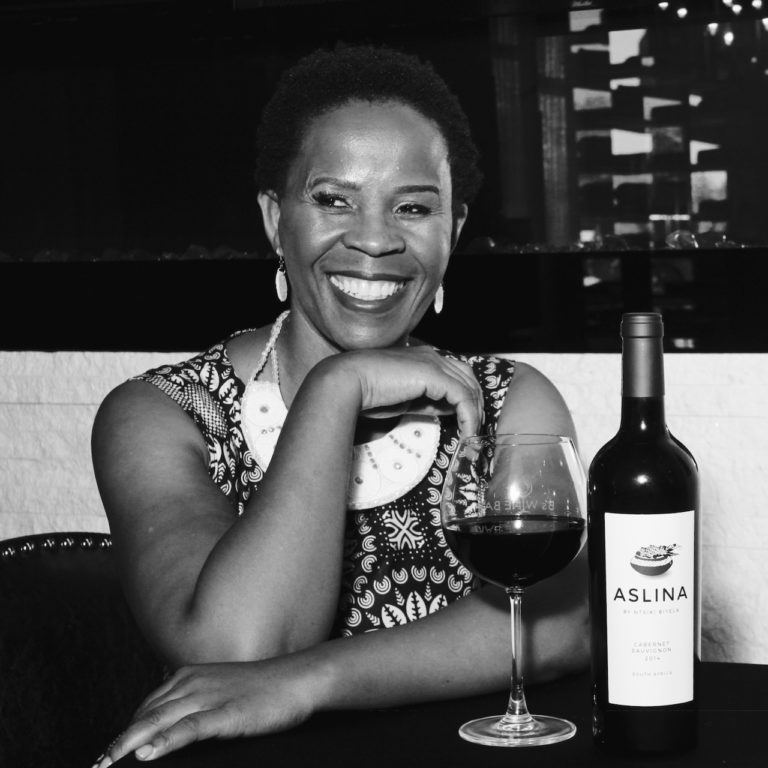 I am where I am because somebody gave back.

Ntsiki Biyela is a trailblazer in every sense of the word.  She went from being a domestic worker to becoming the first black woman winemaker in South Africa!

Ntsiki grew up in Mahlabathini – a rural village in KwaZulu Natal.  She dreamed of becoming an engineer, but after finishing high school, Ntsiki’s family didn’t have money for her to continue with her education.  She ended up taking a job as a domestic worker.  Ntsiki had been an impressive student, and so when her former school teachers heard about a scholarship for University, they went looking for her.

The scholarship was to study winemaking at Stellenbosch University.  Winemaking wasn’t something Ntsiki had ever thought about doing, or even knew anything about. In fact she shares that she used to drink cider, and thought that was wine! And to further complicate the situation, the scholarship was for classes that were all taught in Afrikaans –  a language Ntsiki didn’t speak.

But Ntsiki was undeterred, and immersed herself into her studies.  She graduated in 2003 with a BSc in Agriculture ((Viticulture and Oenology), and then joined boutique winery Stellekaya the following year.  Just five years into her career as a winemaker, Ntsiki was named Woman Winemaker of the Year.

Ntsiki used her time at Stellekaya to learn everything she could about the wine business.  But she always knew that in order for her to be able to give back to her community in the way she wanted to, she would eventually need to branch out on her own.

In 2016, Aslina Wines, which is named after Ntsiki’s grandmother, was born.  Last year Ntsiki was named one of the world’s top 20 most innovative women in food and drink by Fortune Magazine!

Ntsiki is now in an enviable position – she has more demand for her wines than she can keep up with!