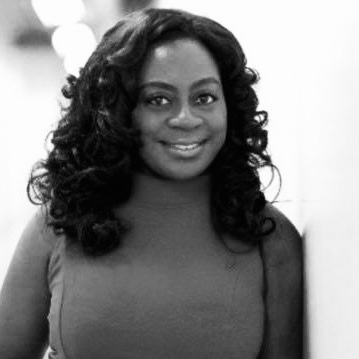 At just 14 years old, Dr. Nothabo Ncube made a promise at her mother’s graveside, it was this promise that proved to be the guiding light for her career path.

With her mother tragically killed in a car accident, Nothabo vowed that she would strive to become a doctor. Now, Nothabo doesn’t remember saying those exact words. It was only when had gotten into medical school when she found the strength to watch her mother’s video. Looking back at those memories made it more evident how prophetic her words had been!

But the journey to becoming a doctor was not easy. In 2006, Nothabo and her family moved to Canada. They had settled down in the low-income Regent Park projects of Toronto. As Nothabo describes, prostitution and drug-dealing was a normal part of everyday life in their neighborhood.  She could have easily been led astray given the circumstances, but her commitment to attending university was stronger. She graduated top of her high school class! Nothabo received a scholarship to attend one of the top universities in Canada for her undergraduate studies.

With the pressure from her studies paired with family issues, things took a turn for the worst. This led to Nothabo falling into depression. She couldn’t even find the strength to get out of bed most mornings. She stopped attending classes. Not long after, the university kicked her out of the scholarship program.

It was her father who had found the letter from the university telling her that she had been kicked out. He had left that letter on her bed along with a note. Her father believed that she was capable of so much more. With a renewed sense of hope, Nothabo Ncube sought help and got accepted into medical school.

But her dream of becoming a doctor looked like it was about to be dashed when she was unable to get funding for her medical studies. Desperate, she tried all means to find the money, including writing to Oprah Winfrey. She was invited to attend a taping of Oprah’s Lifeclass, where the topic was “You become what you believe.” Oprah didn’t give her any money, but that meeting gave Nothabo a far greater gift – self-belief.

Nothabo returned to Toronto with renewed zeal to find the money so she could fulfill her dream of becoming a doctor. Soon after, she received significant funding to get her started with her studies through a chance conversation with her hairdresser, who gifted her $10,000!

Nothabo Ncube went on to graduate as a medical doctor, but is now pursuing a different path – a career as a motivational speaker and coach.