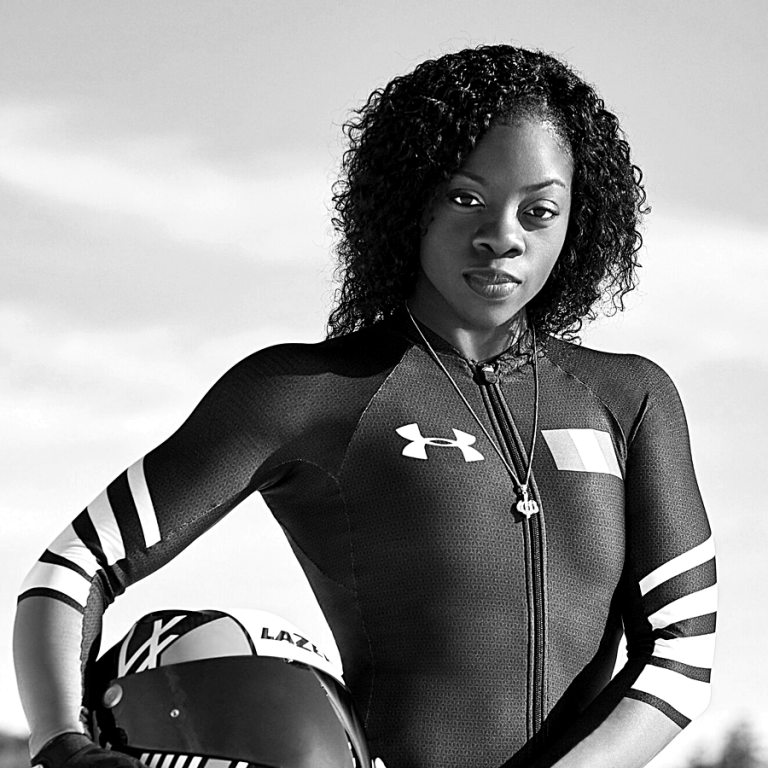 Redefining what it means to be a winner

“Anything is possible. You don’t have to live limited by the fear of what you don’t know or what you don’t understand. That was what this was about — breaking barriers.” – Seun Adigun

Seun is an Olympic athlete, who is the former 100m hurdles Nigerian and African Champion.  She’s also now an Olympic record holder! Seun Adigun is the first African to ever compete at both summer and winter Olympic Games.

Seun and her team mates Akuoma Omeoga and Ngozi Onwumere made history at the 2018 Winter Olympics in Korea as the first team to ever represent Nigeria at a winter Olympics. This was despite the team having been formed less than two years earlier.

“It was an oath that we felt to the country of Nigeria and to the continent of Africa that there’s no way that we should be in the year 2018 and an entire continent is not represented in a sport. We had an opportunity, and I helped create the pathway for us to be able to actually do that.” – Seun Adigun

But before she was bobsledder, she was a 100m Olympic hurdler, who competed at the 2012 Olympic Games in London.  Leading up to the Olympics, Seun was in what she describes as the best shape of her life. But she developed a stress fracture in her leg shortly before the Olympic games. Doctors advised her against competing, fearing that her leg would break. But Seun wasn’t willing to let her many years of training go to waste, and she competed against her doctor’s advice. But sheer will wasn’t enough – the games ended with her most disappointing competitive performance ever.

It was while Seun was recovering from her injury and thinking about what to do next that she tried bobsledding for the first time.

“Sometimes being able to compete, or being able to do your best, being able to defy odds and break barriers and create a movement and motivate millions of people is so much more of a victory than any medal can give you.” – Seun Adigun

And while she’s most known for her athletic pursuits, Seun recently completed her Doctorate of Chiropractic (all while training for the Olympics!), and she’s planning on opening an injury prevention and rehabilitation clinic.