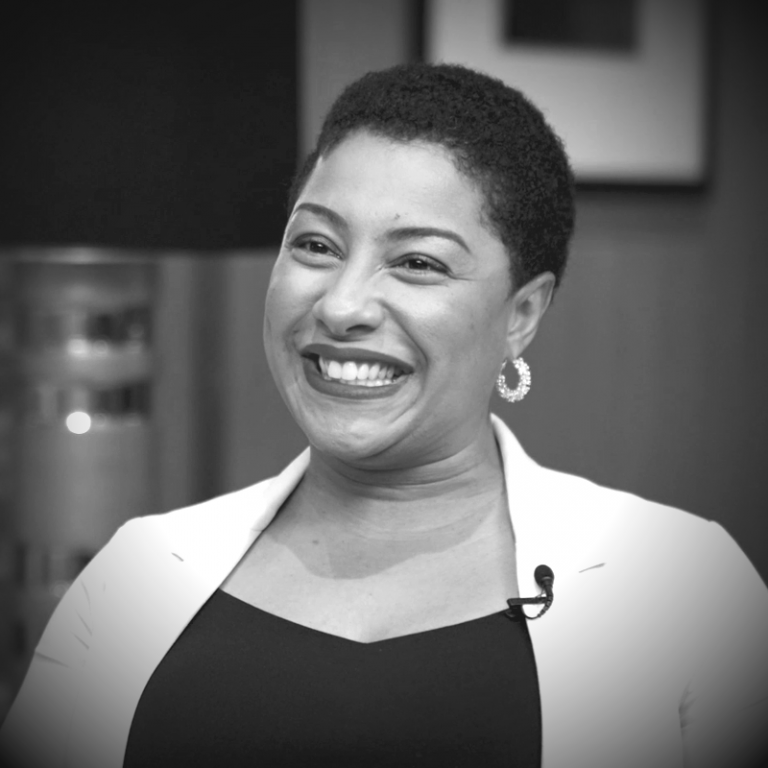 Joining us this week in our Quick Fire series is Keynote Speaker, Inclusion Consultant, and Co-founder & Editor-in-Chief of ByBlacks.com, Camille Dundas

Camille joined us in Episode 113 where she shared her journey from becoming a career journalist, and to pursuing her own path as an entrepreneur.

Starting at an early age, Camille loved reading and writing. Some of her fondest memories are of mornings spent reading the weekend newspapers from cover to cover with her father.  As a teen she got exposure to working for a local TV network….and she was hooked!  She knew she wanted to be a journalist.

Camille’s journalism career started when she was just 15 years old when she got a gig as a part-time newspaper columnist. At 16, she was commissioned to write a biographical poem about Nelson Mandela. She got to read the poem and present it to the late South African leader in 1998, which is a memory she treasures. She spent more than 10 years as a news writer and producer for leading Canadian news programs such as CBC National, CP24 Breaking News and CTV’s Canada AM.

Living in Canada, Camille had a strong desire to create a platform for the black community in the country to promote their businesses.  Camille and her husband Roger Dundas came up with the idea for ByBlacks.com. Since its inception, the platform has evolved into a full scale online magazine featuring stories of inspiring people from the Canadian black community.

Camille was recognized by Canadian Prime Minister Justin Trudeau for her media activism; and the ByBlacks team has won national media awards. She has been recognized as one of the ‘100 Accomplished Black Canadian Women’.

In 2016 Camille made a career jump from TV news to the tech industry, becoming a consultant for global social media management leader Hootsuite. She now uses her storytelling skills to show organizations how they can leverage social media as part of their digital transformation strategies.

Camille and her husband Roger, who are parents to two young children, are also business partners in publicity and marketing firm Konvo Media. She is also passionate about women’s rights, and mentoring underserved groups. She is a prolific public speaker, delivering keynotes and workshops across all sectors.